You are here: Home / MidEastGulf / Iran says “Nuclear Deal” will not be renegotiated 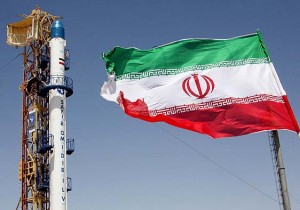 The landmark nuclear deal between Iran and world powers “will not be renegotiated,” Iran’s deputy foreign minister said, ahead of the first anniversary of the agreement’s implementation, like reported by rferl.org .

During his election campaign, U.S. President-elect Donald Trump said he could “tear up” or renegotiate the deal, which curtailed Iran’s atomic programs in exchange for lifting crippling sanctions.

Trump called the accord “the worst deal ever negotiated,” saying it gives away too much to Iran.

Araghchi reiterated an earlier warning by Iran’s Supreme Leader Ayatollah Ali Khamenei, who said, “If they tear it up, we will burn it.”

Araghch said there would be no further discussions with U.S. officials over the deal.

“Our nuclear negotiations with the Americans are finalized and we have no other political talks with them,” Araghchi said, adding: “In our view, everything is over.”