You are here: Home / MidEastGulf / Iran says it will develop nuclear-powered ships after US extends sanctions 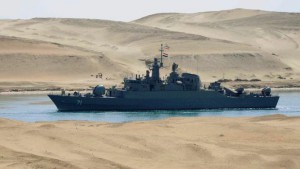 World powers had agreed to lift sanctions in exchange for curbs to Iran’s nuclear programme.

But Congress recently voted to extend its laws regarding sanctions on Iran.

President Barack Obama is expected to sign the laws, but says they will not affect the international agreement.

He insists the White House will continue to suspend all the sanctions linked to Iran’s nuclear programme.

In a statement, Mr Rouhani criticised the Congress move as a breach of the accord and said he had asked his officials to start work on “planning the design and production of nuclear fuel and reactors for maritime transport.”

He also says Iran will make a legal complaint to the committee overseeing the agreement.

In his presidential campaign, Donald Trump, now president-elect, threatened to scrap the Iran deal altogether, but it is unclear what his policy will be.

Iran has raised the possibility of building nuclear-powered ships before, at the height of tensions with the international community over its nuclear programme.

But analysts say it will be an extremely costly effort without strategic gain.