You are here: Home / MidEastGulf / Iran says it has 6.5 kg of 60%-enriched uranium, inching closer to weapons-grade 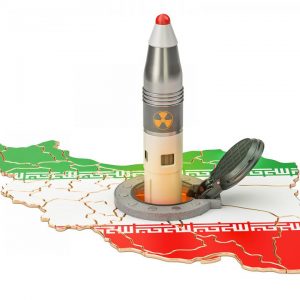 The move takes the Islamic Republic even closer to the nuclear weapons-grade level of 90% purity.

The development came amid talks between Iran and world powers in Vienna aimed at rebuilding the 2015 nuclear deal that put curbs on Tehran’s nuclear program in exchange for sanctions relief. Iran has been increasingly violating the terms of the deal since the Trump administration withdrew the United States from it in 2018.

“Under parliament’s law… the Atomic Energy Organization was supposed to produce 120 kg of 20 percent enriched uranium in a year. According to the latest report, we now have produced 108 kg of 20% uranium in the past five months,” government spokesman Ali Rabiei was quoted as saying by state media, according to the Reuters news agency.

“In the area of 60% uranium production, in the short time that has elapsed… about 6.5 kg has been produced,” he added.

The United Nations’ atomic watchdog said last month that it had not been able to access data important to monitoring Iran’s nuclear program since late February, when the Islamic Republic started restricting international inspections of its facilities.

The International Atomic Energy Agency made the comment in a report that estimated that as of May 22, Iran’s stockpile included 62.8 kilograms (138.5 pounds) of uranium enriched to 20% purity, and 2.4 kilograms enriched to 60% purity — well above the 3.67% purity allowed under the deal.

In the same IAEA report, the agency for the first time released estimates of Iran’s stockpile rather than precise figures, saying that the total stockpile was 3,241 kilograms (7,145 pounds), up about 273 kilograms (600 pounds) from the last quarterly report.

That was down from an increase of nearly 525 kilograms (1,157 pounds) reported in the previous quarterly report.

Though it was not immediately clear what led to the decrease, it came as an explosion in April at Iran’s underground Natanz nuclear facility affected centrifuges there. Iran has yet to offer a full accounting of what happened in an attack it described as “nuclear terrorism.” Israel, which is widely suspected of carrying out the assault, has not commented publicly on it.

The nuclear deal signed in 2015 with the United States, Germany, France, Britain, China and Russia only permits Iran only to keep a total stockpile of 202.8 kilograms (447 pounds) of enriched uranium.

Leaders of the Group of Seven wealthy nations and members of NATO on Monday reaffirmed a commitment to stop Iran from making nuclear weapons, as diplomats from outside the European Union cautioned that negotiations with the Islamic Republic to salvage the 2015 nuclear deal still need more time.