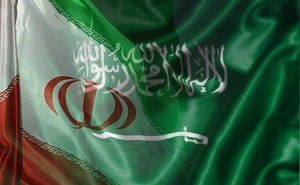 The main backers of Syria’s warring factions, including for the first time Iran, are in Vienna, Austria for talks billed as a last chance to pull the country back from the brink of destruction.

The talk’s big challenge will be the hostility between Iran and its regional arch-rival Saudi Arabia, whose conflicting interests have turned the Syrian crisis into a proxy war for Middle Eastern dominance.

Saudi Arabia, which has also been battling Shiite rebels in Yemen, has been supporting its Sunni brethren in Syria with weapons and cash.

The Iranians, meanwhile, want to keep their regional ally Bashar al-Assad in place and have become de-facto allies with Russia, which also supports the Damascus regime and has been launching air strikes at rebel groups for three weeks.

US officials have played down the chances of an early Vienna agreement on forming a transitional government to pave the way for Syrian leader Bashar al-Assad’s exit.

Nevertheless, Secretary of State John Kerry’s success at getting his Saudi and Iranian counterparts to even sit down together at Friday’s main summit session is a sign of progress.

Kerry met envoys from two of Assad’s staunchest allies – Iran’s Foreign Minister Mohammad Javad Zarif and Russia’s Sergei Lavrov – in their hotels ahead of the negotiations.

“Now it is the right time to bring Iran to the table,” he said, playing down criticism that Tehran had won a seat at the talks by supporting Assad’s brutal war tactics.

Later, Kerry and Lavrov were joined by foreign ministers Feridun Sinirlioglu of Turkey and Adel al-Jubeir of Saudi Arabia to discuss the agenda of Friday’s meeting.

There, this core group will be joined by Iran and around a dozen more parties with an interest in ending a four-year war that has claimed a quarter of a million lives.

But there will be strong disagreements ahead. Jubeir, in an interview with the BBC, made it clear that Riyadh is sticking by its view that Assad must leave office quickly.

“He will go either through a political process or he will be removed by force,” he warned. Saudi Arabia has supplied arms to rebel groups battling Assad’s regime.

Russia and Iran have made it equally clear that Assad has a right to play a role in an eventual transition towards a mooted transitional unity government and later elections.

“Apparently those who have tried to solve the Syrian crisis reached the conclusion that without Iran’s presence there will be no possibility of reaching a rational solution,” Zarif said, according to Iranian state news agency IRNA.

According to Russian news agency RIA-Novosti, Lavrov welcomed Zarif’s involvement, telling him Iran’s presence made for “a group that is truly representative”.

The United States and its Arab and Turkish allies have long been at odds with Assad’s backers Russia and Iran over if and when the Syrian strongman should step down.

But a refugee exodus and the rise of the Islamic State jihadist group have forced the world to look again at a conflict that shows no sign of slowing.

US officials expressed cautious hope that the players would agree the outline of a transition that would see Assad step aside in favour of an interim unity regime.

Friday will be the first time that all the major foreign players in the conflict – the United States, Russia, Iran, Saudi Arabia and Turkey – are in the same room.

“The only solution for finding an end to the Syrian crisis is to put as many parties as possible around the table,” a senior European diplomat said.

“In doing that, the opening of negotiations – even if it’s just a start – is a good thing.”

So far there has been no mention of either the Syrian government or the opposition taking part.

A ‘course out of hell’

Kerry has warned that this week’s talks may not secure an immediate political solution but nevertheless represent the best and probably only hope available.

“The challenge that we face in Syria today is nothing less than to chart a course out of hell,” he added, in a speech shortly before he set off for Austria.

Washington accuses Russia of concentrating its air campaign in Syria on moderate opposition groups opposed to Assad’s rule and backed by the West.

Moscow says its bombing campaign targets only IS jihadists and other “terrorist” organisations.

But Kerry insists the rivals also share “common ground”, arguing that both want “a united, secular Syria” in which citizens choose their own leader through elections.

French Foreign Minister Laurent Fabius said Wednesday that France and its allies had agreed on the need for a “precise timetable” for Assad’s departure.

The dynamic in the Syrian conflict shifted after Russia launched its air campaign on September 30, saying it was targeting Islamic State group fighters.