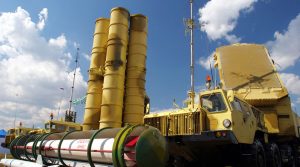 In an interview with the Tasnim news network, Gen. Abolfazl Sepehri Rad, deputy commander of the Khatam al-Anbia Air Defense Base, said the missile defense system has been stationed across Iran and is ready for “practical operations.”

The general also said that the Iran has launched research programs to manufacture other air defense systems, and that “good results” have been achieved.

Iran had been trying to acquire the S-300 system for years to ward off repeated threats by Israel to bomb its nuclear facilities, but Russia had held off delivery until after a July 2015 nuclear deal between world powers and Iran, in line with UN sanctions imposed over the country’s nuclear program.