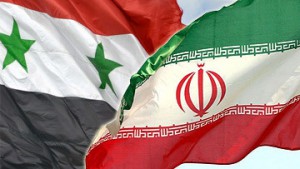 The common policy between Iran and Russia has not changed and the support from Syria will continue, Iran’s IRNA news agency quoted Amir-Abdollahian as saying on June 26.

Tehran and Moscow will continue their effective supports from Syria to combat terrorism, he added.

It will not allow terrorists to topple the legitimate government in Syria and turn the country into another Libya, he said.

China also pursues the same policy toward Syria, he said, adding that Tehran, Beijing, and Moscow advocate sustainable security in the region.

Iran is a close ally of the Syrian government and has always shown its support for the regime of President Bashar Assad.

Syrian opposition claim that Iranian military forces are fighting against them, while Iran dismisses the claims, saying that Iran only has advisors in Syria, to transfer its military experience to the Syrian army.

During the conflict in Syria, which began in March 2011, more than 150,000 people have been killed in the country and over 4.2 million have become refugees in Syrian territory and two million have fled to neighboring countries.