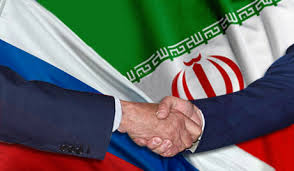 According to the Russian Foreign Ministry, the two sides held a meeting on Tuesday and called for a diplomatic solution for the Syrian crisis.
They also held talks on the future of Tehran-Moscow relations in the fields of economy and investment.
The two sides also conferred on developments in Ukraine.
Iran and Russia enjoy the same stance on many international questions and stress the need to solve the regional crises through domestic forces and without the foreign interference.
So, the Iranian and Russian officials hold regular talks on the international and regional issues.
On Monday, Deputy Foreign Minister for Arab and African Affairs Hossein Amir- Abdollahian discussed with the Russian Deputy Foreign Minister and Special Presidential Representative for the Middle East and Africa Mikhail Bogdanov.
The discussion was over the phone and the two negotiated about Yemen and Syria.