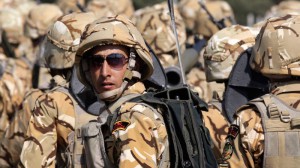 A senior Iranian official said on Monday his country was ready to help confront Islamic State militants who have seized the Iraqi city of Ramadi, and that he was certain the city would be “liberated.”