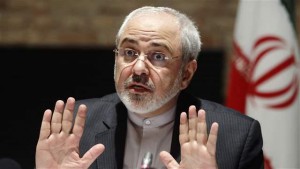 Iranian officials declared via state television on Thursday that the country will not allow U.S. and Canadian inspectors to visit its nuclear facilities, according to an AP report.

Under the terms of the Iran nuclear agreement, the International Atomic Energy Agency, the U.N.’s nuclear oversight group, would be responsible for verifying Iran’s activities in reducing its enrichment program. IAEA documents detailing investigative procedures have not been made fully available to the U.S. government, and international law does not require them to be handed over.

The deal was struck between Iran and the P5+1, a coalition of six nations organized to prevent Iran from acquiring a nuclear weapon through peaceful means. The international negotiations, as U.S. Secretary of State John Kerry explained to lawmakers in a series of hearings on Capitol Hill, cannot be codified as a treaty, precisely because the U.S. does not have formal diplomatic relations with Iran. Kerry and other Obama administration officials have argued that the new deal is America’s best chance to prevent Iran from becoming nuclear-armed without resorting to military force—and maybe the last.

Though the announcement from Iranian officials happened on Thursday, U.S. national security adviser Susan Rice has already articulated the problem of American inspectors on the record. The barring of U.S. inspectors is not a surprise to the administration, but Iran’s combative rhetoric has bothered many U.S. lawmakers, who fear that the country could use the deal to continue a nuclear weaponization program in secret. Energy Secretary Ernest Moniz has stated that this scenario is unlikely.

For critics of the Iran agreement, Thursday’s announcement—which broke as White House Press Secretary Josh Earnest was speaking to reporters—will only compound doubts over whether the IAEA will be able to oversee the terms of the deal.