You are here: Home / Europe / Iran planning to assassinate Israel supporters in Europe 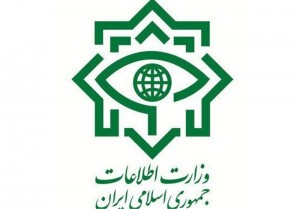 Pakistani man indicted in Germany planned to kill prominent Israel supporters on behalf of Iran if Israel bombed Iranian nuclear facilities; one of his targets was Reinhold Robbe, a member of the Social Democratic Party and former president of the German-Israeli Society, according to ynetnews.com .

A 31-year-old Pakistani man has been indicted in Germany for his involvement in an attempt to assassinate Reinhold Robbe, a member of the Social Democratic Party and former president of the German-Israeli Society, a body responsible for strengthening relations between the two nations, German media reported.

The Pakistani, Sayed Mustafa, was living in the German city of Bremen and worked as a technician at the German Aerospace Center. He was reportedly recruited by Iranian intelligence services and was tasked with following known, outspoken Israel supporters in Germany.

The indictment claimed that Mustafa was part of a wider operation to follow Israel supporters and scout out targets who had warm relations with Israel in Germany, France, and other European nations.

Mustafa and other operatives were to receive orders to assassinate these targets should Israel strike the Iranian nuclear facilities.

Another target was allegedly an Israeli-French professor who teaches at the Paris School of Business.

The indictment further claimed that the Pakistani was in direct contact with his Iranian handlers, sending them PowerPoint presentations with the details of the people he and his cell were following.

Mustafa was arrested in July on suspicion of spying, and has been known to German intelligence services as a suspected Iranian agent since at least 2015.

The Germans reported that Mustafa wasn’t the most sophisticated of Iranian agents, and the people he recruited to help follow and select targets seemed to be amateurs. German authorities reported that it was easy to spot and capture them.