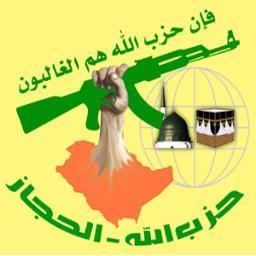 Almost 20 years after Riyadh dismantled the “Hezbollah al-Hejaz” movement, a group responsible for the 1996 attack on a housing complex in Khobar, judicial documents revealed that Iran persisted throughout those years in reviving the movement under the command of head of its military wing, Ahmed al-Mughassil, who was hidden by Tehran for two decades before the Saudi security apparatus arrested him in 2015, like reported by aawsat.com.

The Saudi General Prosecution uncovered the way Iran planned to revive “Hezbollah al-Hejaz” through a case filed against five Saudis it accused of being trained on weapons inside the Iranian Revolutionary Guards camps.

The five Saudis, who can be described as “Iran’s powerful men in Saudi Arabia,” were also trained on the use of RPGs, which were also used lately by terrorists in the Awamiya town.

In addition, the five suspects are accused of receiving trainings on the use of other explosives, including TNT, RDX, C4 and others.

The Awamiya in Al-Qatif governorate is a town in the east of the kingdom that has been rocked in recent months by deadly clashes between security forces and Shi’ite militants that were triggered by the demolition of its old quarter.

The five Saudi suspects also face accusations of providing Iran with information, and of forming a terrorist cell that operates under Al-Mughassil’s command to train Saudi youths in military camps.

Official documents reveal that Iran was basically betting on igniting a revolution that kicks off from Al-Qatif governorate by training youths on what they called “soft war trainings.” However, Tehran failed in its attempt to ignite strife in the governorate and to trigger disputes between the residents and Saudi security officials.

Iran shifted its policy to another level by sending a number of its trained youths to execute armed attacks against police and security forces stations inside the governorate.