You are here: Home / MidEastGulf / Iran offers to help Syria with air defenses 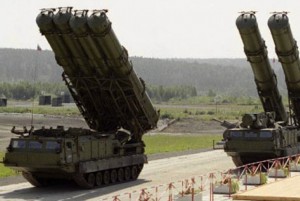 The semi-official Tasnim news agency on Sunday quoted Gen. Farzad Esmaili as saying “We will help Syria in a full-fledged manner if the Syrian government requests help.” He said any such aid would be provided in an “advisory” capacity.

Iran is a close ally of Syrian President Bashar Assad and has sent weapons, money and military advisers to Syria to help bolster his forces. Tehran denies it has sent combat troops, but several Iranian soldiers, including senior officers, have been killed on Syrian battlefields.

This is the first time Iran has offered to assist with Syrian air defenses.

Esmaili’s remarks came after Turkey and Saudi Arabia — leading supporters of the rebels battling to topple Assad — said they were open to sending ground troops into Syria to battle the Islamic State group.