You are here: Home / Europe / Iran nuclear talks to resume in Vienna April 22-23 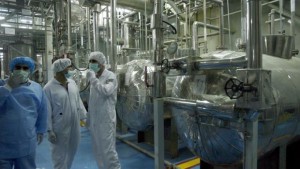 Major world powers and Iran will resume talks next week on Tehran’s nuclear program, aiming to come up with a comprehensive deal by the end of June, wrote AP.

The European Union said in a statement Thursday that senior negotiator Helga Schmid will meet with Iran’s deputy foreign minister, Abbas Araghchi, on April 22 in the Austrian capital, Vienna.

Technical experts from the five world nuclear powers plus Germany and Iran will also meet during the two days of talks.

The sides reached a framework agreement earlier this month on ensuring that Tehran’s nuclear program has no military applications.

A deal is supposed to be finalized by June 30 that would curb Iran’s program in return for lifting crippling Western economic sanctions.