You are here: Home / MidEastGulf / Iran Nuclear deal will wreak havoc in region 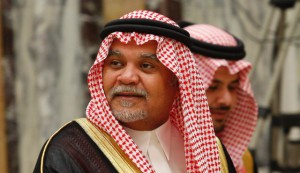 Saudi Arabia’s Prince Bandar bin Sultan, a former head of the kingdom’s intelligence services and its veteran ambassador to Washington, has said Iran’s nuclear deal will allow it to get an atomic bomb and “wreak havoc in the region”.

Writing in Lebanon’s Daily Star on Thursday, Bandar, who left office a year ago after orchestrating Saudi aid for Syrian rebels against Iran-backed President Bashar al-Assad, said that Arabs were now turning away from the United States.

“People in my region now are relying on God’s will and consolidating their local capabilities and analysis with everybody else except our oldest and most powerful ally,” he said in the opinion piece.

Riyadh’s public response to the deal was a short statement late on Tuesday that said it backed any agreement that would stop Iran getting an atomic bomb, but stressed the importance of strict inspections and the ability to reimpose sanctions.

Privately, officials and Saudi media with close ties to the ruling family have railed against the deal as likely to embolden Iran to give more backing to regional militias.

“The strategic foreign policy analysis, the national intelligence information, and America’s allies in the region’s intelligence all predict not only the same outcome of the North Korean nuclear deal but worse,” he wrote, referring to Pyonyang’s successful development of an atomic bomb.

It is not clear if the prince, a nephew of King Salman, plays any role in Saudi policy making since he was replaced as intelligence chief in 2014. Saudi sources quoted him in late 2013 as attacking U.S. President Barack Obama’s approach to the Middle East.

“It will wreak havoc in the Middle East which is already living in a disastrous environment, whereby Iran is a major player in the destabilisation of the region,” Bandar said.