You are here: Home / MidEastGulf / Iran not to allow cameras in nuclear sites: Zarif tells MPs 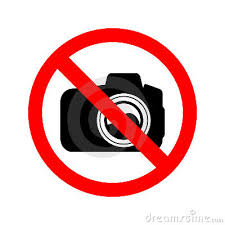 Gholamali Jafarzadeh Imenabadi said Zarif made the remarks during a closed-door session of the Majlis this morning which was attended by the foreign minister and the Head of Atomic Energy Organization of Iran Ali Akbar Salehi.

Zarif told the parliament that Tehran is not going to permit online cameras for inspection purposes, said the lawmaker.

Imenabadi made the remarks while talking to IRNA Tuesday morning after the end of the in-camera session in which Zarif briefed the parliament members on the process of nuclear talks which led to Swiss Statement last week.

He said that during the session, Salehi compared Iran’s nuclear capabilities to countries like Japan, Brazil and Argentine and said Iran owes its nuclear power totally to local scientists.

Salehi also said western countries consented to enter negotiations with Iran because they had no other choice, the parliamentarian said.

Zarif said Iran is not going to allow online cameras in its nuclear facilities because of its past bitter experiences of assassination of its nuclear scientist, the MP added.

Zarif also said people had no reason to worry about disclosure of classified documents because iran is not allowing anything beyond internationally approved inspection mechanisms.

“I told the western countries that Iran is not building atomic bombs not because of pressures and sanctions but because of the religious decree issued by the Supreme Leader of the Islamic Revolution Ayatolah Ali Khamenei. So Iran is not going to do this under any situation,” Zarif was quoted saying.

“Zarif has also told the westerners that Iran could make atomic bombs any time it chooses,” Imenabadi added.