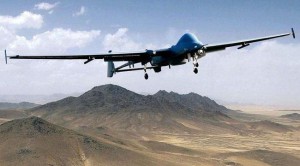 The commander of the special forces of the Iranian Army Brigadier General , Hassan Carmi announced on Thursday moving drones over Mehran border crossing with Iraq in order to monitor the movement of visitors heading to visit the shrine of Imam Hussein (PBUH).

Fars news agency , Brigadier Carmi quoted that special forces would use its equipment and potentials to improve and facilitate the movement of al-Arbeniya visitors in Shamlaja , Mahran and Chathaba Iranian crossings.

He explained that 8 units of the Iranian army special forces are present on the southern and western borders and are using drones to control the path of visitors at the border in order to regulate and smooth flow of traffic as well as providing mobile medical aid and supply vehicles with fuel.

Carmi pointed out that the two planes are flying over Mehran border crossing (west of Iran) Local made.

The Director General of the transit Office and border crossing in roads Organization of Iran, Mohammad Javad Aterijan, had expected yesterday to pass more than two million Iranian visitors in the border crossings to Iraq to participate in the visit ceremony of the martyrdomof Imam Hussein (PBUH).