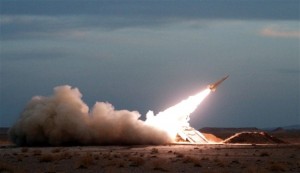 According to Fox News, citing a U.S. official, Iran launched a missile from the same pad used earlier this year. The rocket, described as a short-range surface-to-air missile, impacted 35 miles away, Fox News added in its report, like reported by usatoday.com .

The reported test comes less than a week after Trump signaled sanctions on Iran with an early morning message on Twitter, citing the Tehran government’s recent missile tests. The sanctions — which have been in the pipeline for months  — said nothing about the Iranian nuclear deal, which Trump attacked during his presidential campaign.

The sanctions affect 13 Iranian individuals and 12 companies, freezing any property or funds they may have under U.S. jurisdiction. The Treasury Department also said that “U.S. jurisdiction are blocked, and U.S. persons are generally prohibited from engaging in transactions” with those on the sanctions list.