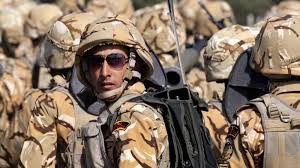 Washington believes there are fewer than 2,000 Iranian troops in Syria helping the forces of President Bashar Assad and more than 1,000 in Iraq supporting the Baghdad government, the top US military officer said on Tuesday.

Marine Corps General Joseph Dunford, the chairman of the Joint Chiefs of Staff, said the number of Iranian forces in Iraq had fluctuated over time.

“I think there’s more than 1,000 that are on the ground in Iraq,” Dunford said. “In Syria, we think the numbers are probably something less than 2,000.”