You are here: Home / MidEastGulf / Iran has become a new “home base” for Al-Qaeda 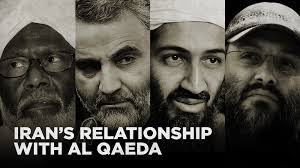 US Secretary of State Mike Pompeo said in a statement that the “Islamic Republic of Iran has given a new operational headquarters to al-Qaeda, the terrorist network with more American blood on its hands than any other.

“For al-Qaeda, Iran is the new home base. Tehran gives sanctuary to the terror group’s senior leaders as they plan attacks against America and our allies.

“Indeed, since 2015, Tehran has allowed al-Qaeda figures in the country to freely communicate with other al-Qaeda members and perform many functions that were previously directed from Afghanistan and Pakistan, including authorization for attacks, propaganda, and fundraising,” he said.

Pompeo’s statement comes just a week before he leaves office.

He noted in the statement that in 2016, the US Treasury Department identified and sanctioned three senior al-Qaeda operatives residing in Iran and noted that Iran had knowingly permitted these al-Qaeda members, including several of the 9/11 hijackers, to transit its territory on their way to Afghanistan for training and operational planning.

“The Iran-al-Qaeda axis poses a grave threat to the security of nations and to the American homeland itself, and we are taking action,” he said.

“Under the same authority, I also announced the designations of Isma’il Fu’ad Rasul Ahmed, Fuad Ahmad Nuri Ali al-Shakhan, and Niamat Hama Rahim Hama Sharif as leaders of the al-Qaeda Kurdish Battalions (AQKB), an al-Qaeda-linked group that operates on the border between Iran and Iraq.

“As a result of these designations, US persons are generally prohibited from engaging in any transactions with these individuals and their property and interests in property subject to US jurisdiction are blocked.

“In addition, it is a crime to knowingly provide, or attempt or conspire to provide, material support or resources to al-Qaeda,” he said.

Pompeo also announced a reward of up to $7 million for information leading to the location or identification of Abd-al-Rahman al-Maghrebi, an Iran-based key leader of the al-Qaeda group.