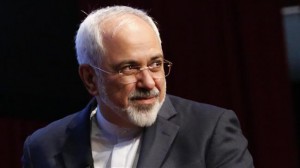 Iran’s Foreign Minister Mohammad Javad Zarif has set off for Tunisia on the first leg of the third round of his regional tours following a nuclear agreement between Iran and the P5+1 group of countries.

Heading a high-ranking politico-economic delegation, Zarif left Tehran for Tunis on Monday to hold talks with the North African country’s officials, including his counterpart Taieb Baccouche.

Zarif is set to exchange views with Tunisian officials on the latest bilateral, regional and international developments.

The Iranian foreign minister will then leave for Algeria to hold talks with the country’s senior officials.

On July 14, Iran and the five permanent members of the UN Security Council – the United States, Britain, France, China and Russia – and Germany succeeded in finalizing the text of the nuclear agreement, dubbed the Joint Comprehensive Plan of Action (JCPOA), in the Austrian capital of Vienna.

During the second round of his regional tours after the conclusion of the nuclear agreement, Zarif paid visits to Lebanon, Syria, Pakistan and India in mid-August. He earlier traveled to Qatar, Kuwait and Iraq in July.