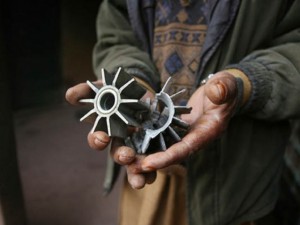 No caasualties or damage to property have been reported so far.

This is the third time in a week that the Iranian border guards have fired mortar shells in Panjgur. Thirteen shells have so far been fired in the district from Iran’s side of the border, without any casualties, however.

Panjgur Deputy Commissioner Mehrab Shah and the assistant commissioner have recorded their protest with Iran over the border violation.