You are here: Home / MidEastGulf / Iran, fighting to the last Afghan: the shi’ite Fatimiyoun Brigade 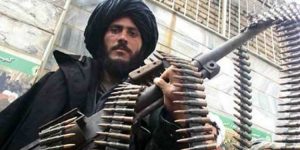 During the Cold War, both the Soviet Union and Cuba regularly used foreign proxies to fight their battles, like reported by commentarymagazine.com. When Radek Sikorski became Poland’s Defense Minister in 2005, he exposed how the Soviet Union’s classified war plans against NATO included using nuclear weapons against West Germany and then sending Polish soldiers to march across the radioactive battlefields.

Cuban soldiers meanwhile became proxies for Cold War struggles in Angola and across Latin America. During the Cold War, the Algeria-based Polisario Front forcibly separated Sahwari children from their parents for re-education in Cuba and eventual deployment in service of various liberation movements. Such exploitation of whole countries as mercenary forces was a disgusting practice. It was one that should have ended with the fall of the Cold War.

The Iranian use of Hezbollah in Lebanon should have put permanently to rest any notion that Hezbollah has evolved into a Lebanese national organization. Rather, it remains what it always has been: A proxy for the Islamic Republic of Iran. But Hezbollah is not alone.  The increasing number of funerals of foreign nationals—especially Afghans—occurring in Iran whom Iranian news sources said had died fighting in Syria.

In recent weeks, however, mention of the Afghans has increased. On March 2, for example, Esmail Ghani, the deputy commander of the Qods Force, praised the entirely Afghan Shi’ite Fatimiyoun Brigade for its sacrifices in both Iraq and Syria. When the Fatimiyoun [Brigade] set foot in Syria, its streets were in America’s hands.

Today… [the Fatimiyoun] have slapped America on the mouth. [America] would never have come to the negotiations if it weren’t for [the Fatimiyoun’s] strength on the field,” Ghani said, according to a translation from the American Enterprise Institute’s Iran team. Subsequently, the Fatimiyoun Brigade announced that it had created a dedicated mosque in Mashhad–Iran’s second-largest city–so that it could form its own Basij unit.

The Basij, of course, are a paramilitary and cultural organization which, on the one hand, keeps order in times of crisis but, on the other, recruits and indoctrinates. They fall under the wing of the Islamic Revolutionary Guard Corps. Iranian leaders have previously said they want to create a 100 million-strong Basij organization spanning national borders and nationalities. It seems this was not mere rhetoric but rather a roadmap to Iran’s future plans.

Throughout its existence, Hezbollah has been a force for instability. As first the Obama administration and now seemingly the Trump administration acquiesce to Syrian President Bashar al-Assad remaining in power and the Iranian influence that follows him, it is time to recognize that such ‘stability’ comes at a price which makes the world decidedly less stable. While the Obama team, at least, whitewashed Iran’s poor behavior, the Islamic Revolutionary Guard Corps have put in place a strategy to radicalize not only Afghans but to use Shi’ite mercenaries from Afghanistan, Iraq, and elsewhere to take ‘export of revolution’ potentially ever farther afield.