You are here: Home / MidEastGulf / Iran determined to mantain strike capability from Syria 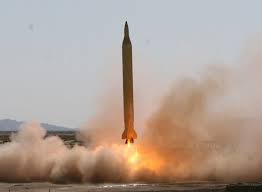 Despite Israeli efforts, Iran is continuing to try to improve its ability to launch rockets from Syria, IDF Intelligence Directorate head Maj.-Gen. Tamir Heyman said at a closed-door forum of the International Homeland Security Forum in Jerusalem, according to jpost.com.

“The fact that they [succeeded in launching rockets toward Israel, causing us to open shelters, is seen by them as a great success, even though it was a total failure operationally. And now they are trying to increase their efforts and capabilities to launch rockets and establish terror cells that can penetrate into Israel and harm communities in the Golan Heights,” Heyman was quoted as saying by Israel’s public broadcaster KAN.

In May, Iran’s Revolutionary Guard Corps (IRGC) fired a barrage of 32 Fajr-5 and Grad missiles toward Israel’s front defensive line on the Golan Heights. That caused no damage or injury but led to Israel carrying out the most extensive operation in Syria since 1974, striking more than 50 Iranian targets there.

Israeli officials have repeatedly voiced concerns over the growing Iranian presence on its borders. “No one has noticed Iran’s regional expansion in the Middle East,” Heyman told the crowd, saying the international community was focused on the nuclear agreement and not on other worrisome elements, such as the IRGC’s missile arsenal.

Displaying a map showing where Iranian forces are based in Syria, Heyman said, “You probably think, well this is because they are trying to help the Assad regime to fight terror… but there is no threat to President Assad, so why do they stay? If they came in order to only assist the regime, so then thank-you and goodbye… this is what we call the Iranian entrenchment in Syria.”

Addressing the International Homeland Security Forum in Jerusalem on Thursday, Prime Minister Benjamin Netanyahu said that in fighting Iran, Israel “serves the cause of security and peace beyond the Middle East.”

On Wednesday, Assad told the Iranian al-Alam News that his troops are supported by fighters from Iraq, Iran and Lebanon. And while he said Tehran doesn’t have any military bases in Syria, it would “not hesitate” to accept them if needed.

Denying that there are any regular Iranian fighting units in Syria, Assad said Iran has “offered blood” to Syria with its “advisers” who “have been with us, through the longstanding relationship with Iran, even before the war because the military relationship is close,” according to an English translation published by Syrian state news agency SANA.

Heyman, who began his role as the head of IDF’s military intelligence only recently, joined Defense Minister Avigdor Liberman in late May on a working visit to Russia at the invitation of his Russian counterpart, Sergei Shoigu. There they lobbied Moscow to confront the Iranian presence in Syria.

On Thursday, Liberman said Israel is investing significant effort in countering its “number-one threat,” in reference to the Islamic Republic. Speaking at a conference at Bar-Ilan University, Liberman said that Iran is not only an Israeli problem but “rather a global one.”

While stressing that Israel is not trying to interfere in the Syrian civil war, Liberman said the country is “working to ensure our security and this is the only guiding line, and I think that until now we have dealt quite well with this challenge. It is not simple, but we will continue.

“We will not allow an Iranian consolidation within Syria and we will do everything that depends on us in order not to allow the radical axis to open another front against the State of Israel from the Golan Heights or Syria.”

Nevertheless, despite the threat posed by Iran on Israel’s northern border, Heyman said, “We live in a particularly safe period,” in which terrorism has significantly declined due to the successful war against Islamic State.

But, he warned, “Islamic State hasn’t changed their agenda. They’re waiting to raise their flag again.”