You are here: Home / MidEastGulf / Iran can use ballistic missiles without violating nuclear deal 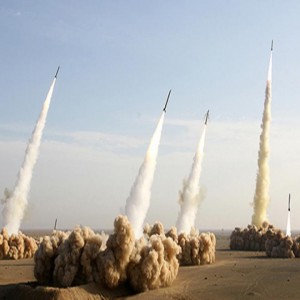 The Joint Comprehensive Plan of Action (JCPOA), agreed between Tehran and the P5+1 group of international negotiators in Vienna, does not preclude Iran from using ballistic missiles, the country’s foreign minister Mohammad Javad Zarif said Tuesday.

“Using ballistic missiles doesn’t violate the Joint Comprehensive Plan of Action, it is a violation of a paragraph in the annex of the [UN Security Council] Resolution [2231] which is non-binding,” Zarif said at an open session of the Iranian Parliament, as quoted by Fars News.

The foreign police chief added that the above-mentioned paragraph in the annex of the UN Security Council Resolution only concerns missiles armed with nuclear warhead capabilities.

“And since we don’t design any of our missiles for carrying nuclear weapons, therefore, this paragraph is not related to us at all,” Zarid told lawmakers.

Tehran and the P5+1 group of international negotiators comprising Russia, China, the United States, the United Kingdom, France and Germany agreed the text of the JCPOA on July 14. According to the deal, Iran has pledged that it will under no circumstances ever “seek, develop or acquire any nuclear weapons” in exchange for sanctions relief.

On Monday, the UN Security Council unanimously adopted a resolution on the JCPOA.In a statement following the passage of the Security Council resolution endorsing the Iran nuclear deal, the Iranian government called for the universal elimination of nuclear weapons.

The Iranian Foreign Ministry said in a separate statement that the country will continue fighting the threat of terrorism in the region, and, to this end, will continue to take measures to strengthen its defense capabilities. The statement stressed that Iran’s military capabilities, including ballistic missiles, “are exclusively for legitimate defense.”