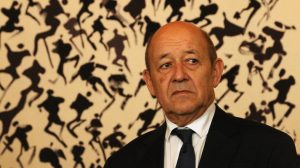 Le Drian, speaking at a news conference after talks with Russian counterpart Sergei Lavrov, said it was necessary to avoid the Iranian ballistic programme becoming a factor that threatened its neighbours.