You are here: Home / Analysis / Iran: “ayatollah regime” may be entering a death spiral 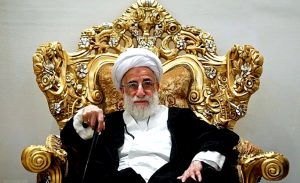 It started last week as an ordinary session in the Majlis, Iran’s parliament. But then, in the course of a speech, Mohammad Reza Pour-Ebrahimi, chairman of the parliament’s Economic Affairs Committee, made an astounding statement. Between Jan. 21 and March 20, he said “A sum of $30 billion was taken out of Iran.” The capital flight came against the backdrop of sporadic but widespread protests that began the month before and continue to the present day, with a nationwide truck driver strike.

While Pour-Ebrahimi’s statement might sound like hyperbole to outsiders, his peers are not treating it as such. The chief of Iran’s chamber of commerce suggested that the $30 billion that left Iran was spent by Iranian tourists abroad, but according to Iran’s central statistics bureau, that two-month figure is far higher than what Iranians send or spend abroad on an annual basis. Government spokesman Mohammad Bager Nobakht, meanwhile, suggested that the $30 billion sum represented real estate investment abroad. If that were true, then Iranian officials are either trying to evade sanctions through front companies or are possibly stashing money abroad so that it is accessible to them if the regime falters.

The $30 billion flight appears to mark an acceleration of an already existing problem. According to an interview with Iranian economist Haydar Hosseini published in the state-controlled press, Iranians transferred $27 billion abroad in 2017. Eshaq Jahangiri, vice president under President Hassan Rouhani, meanwhile, accused the Mahmoud Ahmadinejad government of transferring $22 billion, mostly to markets in Dubai and Istanbul, in the 18 months before Ahmadinejad’s term ended in 2013.

It is common for the Iranian government to blame the outside world for Iran’s economic weakness, but the figures bantered about in Persian by Iranian officials themselves suggest that the problem has never been sanctions, but rather graft.

Opaque and autocratic regimes often embezzle; that’s nothing new. But to move so much money so quickly suggests panic may now be supplanting greed. Civil disobedience is becoming a daily event not only in the capital, but also in the provinces. Labor strikes are becoming more common. And while the youth bulge in Iran is not what so many outsiders assume (Iran has had one of the world’s greatest declines in birth rates since the 1980s), Iran’s youth and the middle-aged are tired of four decades of empty promises. There have been nationwide protests in 1999, 2001, 2009, and now 2017-2018; they are happening with greater frequency and the embers are becoming increasingly difficult to smother.

In addition, what senior Iranian officials know but diplomats and companies seeking to strike deals with the Islamic Republic seem to forget, is that Supreme Leader Ali Khamenei’s health is in doubt. He is nearing 79 years old and, in 2014, allowed himself to be photographed while receiving treatment for prostate cancer in a Tehran hospital. When he does eventually pass, it is not clear whether there is an obvious compromise candidate to unite the various factions in the way that Khamenei himself was believed to be when he succeeded revolutionary leader Ayatollah Ruhollah Khomeini in 1989.

Add into the mix the Trump administration. The price of oil is on the rebound and while that might normally save a struggling oil exporter’s economy like Iran’s, it looks like the re-imposition of sanctions will deny Iran access to much of that boom just when Tehran might need it most. If Iran cannot pay its bloated civil service and employees of state-owned enterprises, then that just throws fuel on the fire of discontent.

Iranian regime bluster has been a constant for more than 39 years. And the leadership’s boasts about Iran’s strength are nothing new, even as they are increasingly hollow. What has changed now, however, is that senior regime officials also recognize the regime is in a death spiral; they no longer believe their own lies. Increasingly it looks like Iran’s top officials are trying to squirrel away nest eggs at an unprecedented pace as they prepare for the inevitable.