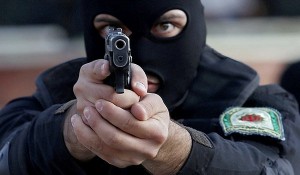 Iran has arrested more than 40 suspected militants around the country, half of whom were planning to reach Iraq and Syria, intelligence minister Mahmoud Alavi was quoted as saying by state media on Tuesday.

The militant groups fighting in Iraq and Syria, such as ISIS, are hardline Sunni Islamists who regard Shia power Iran as heretical. Mr Alavi said the arrests took place in the northern provinces of Golestan, Mozandaran and Tehran, Khuzestan in the south, and Sistan-Baluchistan in the east.

“The arrested people are mercenaries of some backward regional countries,” he added, according to the state broadcaster IRIB, without giving further details. Iranian politicians often use the term “backward” to refer to Gulf Arab states, Iran’s rivals for influence in the Arab world.

Iran said in November last year it had arrested a group of Pakistani and Afghan citizens, accusing them of planning to join Islamic State. The arrests came ahead of the important Shia ritual of Arbaeen on 2 December, which marks the end of a 40-day mourning period for the killing of Prophet Muhammad’s grandson Hussein 13 centuries ago.

Iran usually steps up security in the weeks before the ritual. In October, suspected militants killed two people in an attack on a Shia ceremony in the city of Dezful in Khuzestan.