Iran supplying weapons and missiles to Lebanese Shia militia group Hizballah could have breached an arms embargo on the Islamic Republic, the UN Security Council has been told, according to alaraby.co.uk 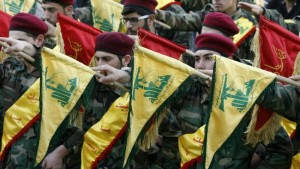 Iran may have violated an arms embargo by supplying weapons and missiles to Hizballah, former United Nations chief Ban Ki-moon has said.

The Islamic Republic also faces an accusation that an arms shipment seized in the northern Indian Ocean in March 2016 was from Iran and likely bound for Somalia or Yemen.
“In a televised speech broadcast by Al Manar TV on 24 June 2016, Hassan Nasrallah, the Secretary-General of Hezbollah, stated that the budget of Hizballah, its salaries, expenses, weapons and missiles all came from the Islamic Republic of Iran,” Ban wrote in the report, seen by Reuters, and due to be discussed by the UN Security Council on 18 January.

“I am very concerned by this statement, which suggests that transfers of arms and related material from the Islamic Republic of Iran to Hizballah may have been undertaken contrary (to a Security Council resolution),” Ban added.

Most UN sanctions were lifted a year ago under a deal Iran made with Britain, France, Germany, China, Russia, the United States and the European Union to curb its nuclear program.

But Iran is still subject to an arms embargo and other restrictions, which are not technically part of the nuclear agreement.

The report was submitted to the Security Council on 30 December by Ban before he was succeeded by Antonio Guterres on 1 January.

It comes just weeks before US President-elect Donald Trump, who has threatened to either scrap the nuclear agreement or seek a better deal, takes office.

When asked by the international body to clarify the issue, Iran’s mission to the UN said “measures undertaken by the Islamic Republic of Iran in combating terrorism and violent extremism in the region have been consistent with its national security interests and international commitments”.

Under a Security Council resolution enshrining the deal, which came into effect a year ago, the UN secretary-general is required to report every six months to the council on any violations of sanctions still in place.

“Since 16 January, 2016, I have not received any report on the supply, sale, transfer or export to the Islamic Republic of Iran of nuclear-related items undertaken contrary to the (resolution),” Ban wrote.

In Ban’s first report in July he said ballistic missile launches carried out by Iran in March were “not consistent with the constructive spirit” of a nuclear deal, but it is up to the council to decide if they violated the resolution.

In the most recent report, he wrote that since July “no information regarding Iranian ballistic missile activity or ballistic missile-related transfers … were brought to my attention or that of the Security Council.”