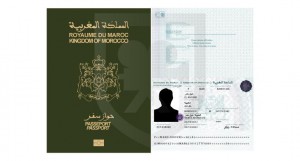 INTERPOL has informed Morocco to stay on guard to spot 6,000 fake passports currently in use by agents of the Islamic State to travel internationally, according to a new report by Le360.

Morocco will be strengthening security at airports to identify the passports and prevent ISIS fighters from boarding a flight to their intended destination or entering the kingdom.

The international police organization has provided national authorities with the personal information through which the passports have been registered and has asked for the data to be distributed to all Moroccan airports.

Other countries that could come in contact with the passports have also been notified of the fake documents and have been encouraged to share any new information regarding those who held the illegitimate documentation.

In November 2015, INTERPOL’s Foreign Terrorist Fighter’s Working Group claimed roughly 10 percent of the 25,000 jihadists that have joined ISIS are Moroccans.

The group conducted a census of the fighters and found them to be from over 50 countries.

Moroccan security forces have successfully dismantled dozens of ISIS-related terrorist cells over the past few years. The kingdom’s intelligence has assisted in the capture of several perpetrators of the November 2015 attacks in France and the March 2016 attacks in Belgium.