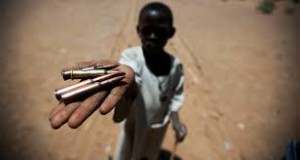 At least 700 Kenyans have quietly returned home after quitting al Shabaab and the Islamic State in Somalia, a report says.

The 36-page report, titled ‘Socio-economic and Survey of Kenya’, was prepared by the International Organization for Migration, the Supreme Council of Kenya Muslims and the Interior ministry.

It said the majority defected after deals to entice them turned out not to be as lucrative as promised.

Others took advantage of the government’s amnesty offer for enlisted terror recruits as announced by Interior CS Joseph Nkaissery in April.

Although the report did not specify the terror groups the returnees initially joined, Somalia-based al Shabaab and the Islamic State in Syria and Iraq have been actively recruiting in this country, according to Intelligence reports.

Some of the returnees said they were forcibly recruited and a majority indicates they received some form of military training. A number even assumed leadership roles in the groups they joined. Others have amputated limbs, head injuries and other unspecified bodily injuries.

The majority of amputees are aged 24-34 years, suggesting that the younger age groups were more exposed to the conflict as they were perhaps the ones assigned to active combat, the report said.

Poor and disgruntled Kenyan youth who have joined terror groups in recent years have carried out a spate of terrorist activities in Nairobi, the Coast and Northeastern, killing hundreds and leaving scores of injured.

A total of 185 returnees were interviewed, representing nearly 30 per cent of the estimated total population of 684 of them in the Kilifi, Kwale, and Mombasa counties.

Prior to joining al Shabaab, 58 per cent of the returnees were gainfully employed. Most of these were self-employed, the report said.

Thirty-three per cent were unemployed before joining the armed group, implying absence of regular income to support themselves and their families, which may have been a factor in their decision to join the terror groups.

The return of the youth, the report said, provides “opportunities and threats for and to Kenyans”.

“On the one hand, they present an opportunity to counter the radicalizing ideologies and recruitment strategies of armed groups as they have chosen to withdraw and return home,” the report said.

The response of the security forces is widely perceived to be promoting further radicalization, as the returnees themselves believe that they are unsafe and have limited reintegration options, the report said.

Supkem deputy Secretary General Hassan ole Naado raised concerns about the safety of and the ability of the returnees to successfully reintegrate into Kenyan society.