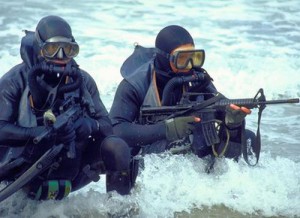 An Italian-led, 5,000-strong international force is ready to deploy in Libya as concern grows over the threat posed by extremist groups operating in the country, with at least 45 people killed in clashes in neighbouring Tunisia on Monday.

Tunisian security forces fought off an attack near the Libyan border on Monday – the second such clash in a week. At least 45 people were killed, the interior and defence ministries said in a statement: 28 “terrorists”, seven civilians and 10 members of Tunisia’s security forces.

The group responsible for the attack was not identified, though the US and European governments are increasingly worried by the spread of Islamic State in Libya.

The Italian government is working on a plan to send a force, including British troops, to help mentor and train a new Libyan army if the Libyan parliament formally votes to support a new unity government. After that vote, the Libyan government would then have to invite the Italian-led force to deploy.

Deployment would take at least a month. Training would take place near the capital.

Monday’s attack in the Tunisian town of Ben Guerdane, close to the Libyan border, started at dawn and saw gunmen target a police station and military targets. Soldiers and helicopters were sent to the area to help hunt down the attackers as residents were told to remain inside.

In separate incident five jihadis and a civilian were reportedly killed outside the town on Wednesday.

The increased activity along the Libya-Tunisia border follows a US airstrike on an Isis training camp in Libya last month.

There has been speculation since then that fighters have crossed into Tunisia to seek sanctuary. Tunisian members of Isis have also been reported crossing the border to take the fight to Tunisia after being trained in Libya.

Chaos has engulfed Libya since the Nato-backed ousting of dictator Muammar Gaddafi in 2011.

Rival administrations which have vied for power since mid-2014 are being urged to sign up to a UN-brokered national unity government to help restore stability and tackle a growing jihadi presence. Isis and other extremist organisations have exploited the power vacuum to seize significant territory along the coast around the central city of Sirte, as well as around Sabratha, between Tripoli and the Tunisian border.

The Italian prime minister, Matteo Renzi, said on Sunday that the conditions were not yet in place for a military intervention. “As long as I am prime minister, Italy will not go to Libya for an invasion with 5,000 men,” Renzi told Canale 5 television.

The Italian government has repeatedly stressed that such troops would be used only in an advisory and training role and not in direct combat with Isis.

His comments followed those of the US ambassador to Italy, John Phillips, who was quoted in Corriere della Sera on Friday as saying that Italy could send up to 5,000 troops. “We need to make Tripoli safe and ensure that Isis is no longer free to strike,” Phillips said.

A host of countries have volunteered to contribute to the Italian-led force, including the UK, the US, Germany, France and Arab countries.

The US is already engaged in airstrikes against Isis targets in Libya. French and other special forces are also on the ground. The UK ministry of defence, asked about the presence of British special forces, said it never comments on the movements of special forces.

The MoD announced last week it was sending 50 troops to Tunisia to help train its forces.

In a phone call on Monday, Russian president Vladimir Putin told his Egyptian counterpart Abdel Fattah al-Sisi that the fight against terrorism had to involve Libya and Yemen, not just Syria.