You are here: Home / MidEastGulf / Internal fighting among IS militants ends in fatalities 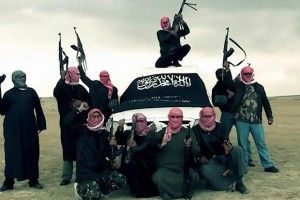 An Islamic State (IS) commander, or Emir, is among militants killed near Hasakah in Syrian Kurdistan, as a result of internal clashes among the jihadists.

According to information obtained by BasNews an IS Emir in Hasakah, Abu Haziffa al-Libbi, has been killed by fellow jihadists in an apparent mutiny.

Libbi was 40 years old and from Libya, and led a unit of his men against fellow IS militants, say locals.

The clashes occurred in the town of Al-Houl about 60 km east of Hasakah close to the Iraqi border. Syrian members of IS apparently refused to take orders from Libbi saying that “they won’t take orders in their own home country from a foreigner”.

Locals claim that Iraqi and Syrian IS militants feel they have been passed over for promotion within the organisation, with most of the IS Emirs hailing from other Arab and European countries.