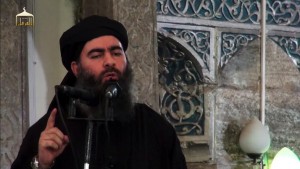 Islamic State of Iraq and Syria (ISIS) chief Abu Bakr al-Baghdadi has allegedly moved bases from Mosul to Ramadi, according to report by London-based Asharq Al-Awsat.

A high Iraqi military source told Asharq al-Awsat that they received intelligence that Baghdadi made the move to Ramadi to ISIS operations after two months of inactivity, bringing earlier reports that the ISIS chief was hurt in operations earlier this year to doubt.

The western Iraqi city of Ramadi had fallen to ISIS control in May, after militants relentlessly bombarded the capital of the Anbar province with suicide bombers.

By August, Iraqi troops were more than halfway through an operation to encircle ISIS militants in the area with the hopes of launching a final offensive to retake the Iraqi city.

Earlier this month, diplomatic sources told the Associated Press that Bahdad agreed to receive nearly 3000 U.S. troops who were trained specifically to join operations to liberate Ramadi. But reports later came out of U.S. denial of any of their troops being engaged in battle operations in Iraq.

The unnamed Iraqi military source told Asharq Al-Awsat: “I can’t speak on behalf of any large troops taking part, but there have been promotions of existing experts who have been previously trained by the U.S. in terms of operating Apache helicopters and other equipment. Those are based close to Ramadi.”