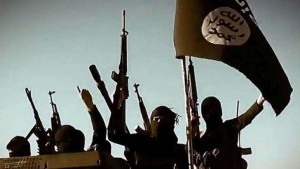 The Intelligence Bureau has reportedly warned of a possible strike in India by extremist group Islamist State in Iraq and Syria (ISIS).

The attack is specifically targeting the Turkish nationals and interests in the national capital, reports said.

NewsX has accessed the Intelligence Bureau alert to the Delhi Police which states, “According to information, consequent upon the recent developments in Syria, it is anticipated there may be an increased threat to Turkish Missions/interests in Delhi by terrorist organization ISIL.”

Issued on June 1, the warning has come in the backdrop of statistics that show only a small number of youths from the minority community have been radicalized by ISIS and there is no influence of the group directly in India.

While some reports suggest that this is the first time that the Indian Intelligence Agencies have indicated that ISIS has capability to hit in India, the IB in a recent report disclosed that apart from four Kalyan boys, there were seven others from India who were in the war zone fighting for the jihadi group in Iraq and Syria. It also identified five Indians who have been killed at the time of fighting the ‘holy war’ to establish a Caliphate.

Speaking on the latest waning issued by IB regarding ISIS threat to India, former Home Secretary and now a Bharatiya Janata Party (BJP) member said, “ISIS is not only a threat to Turkish interests but also to India and Indian interests,” adding that the government must take ISIS threat very seriously.