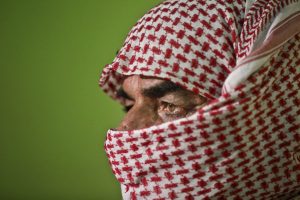 One informer said he hid the sim card from his mobile phone in a water filter to avoid detection by Daesh. Another concealed his in a sack of rice and made calls to his Iraqi handlers from a basement.

They were among several hundred Mosul residents who provided information on Daesh targets during the victorious nine-month battle for Iraq’s second biggest city, Iraqi military and Kurdish intelligence officials said, like reported by gulftoday.ae.

They included taxi drivers, Iraqi soldiers and defectors from Daesh.

Without their help, officials say, the fighting would have dragged on longer, snared in Mosul’s narrow alleys.

“I was really afraid the whole time. Because you paid with blood, you paid with your life if you were caught,” said one of the informers, 30-year-old former army sergeant Alaa Abdullah, who remained in Mosul after its capture by Daesh in 2014.

“My mother used to say, you’re still young. But I’d tell her, every time I see a Daesh fighter, I get a grey hair,” he said. “And you can see all my greys now. From all that hatred and fear.”

The city, which was home to about two million people before the war, was liberated in July.

In interviews with Reuters, nine Iraqi and Kurdish military officials, informers and their relatives detailed how their battle for Mosul unfolded.

Iraqi intelligence had tested using informers in the successful operation to retake another Daesh stronghold, Fallujah, in June 2016. Now it was time to apply the tactic on a bigger scale in Mosul.

Reuters couldn’t independently confirm every detail of the informers’ accounts. But key elements supplied by these sources, who mostly didn’t know each other, were consistent.

“We were working hard to penetrate networks and establish connections that would be beneficial once the military phase began, and it paid off,” a senior Kurdish counter-terrorism official, Lahur Talabany, said.

“We were able to connect to people close enough to aid us in our efforts.”

Many people became informers because “they truly believed in the cause of eradicating Daesh,” Talabany said.