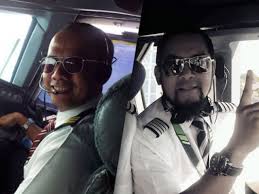 Australian authorities believe two Indonesian pilots may pose a security threat after being radicalised by Islamic State, a leaked intelligence document obtained by an investigative website shows, although officials today refused to confirm its veracity.

The Australian Federal Police “Operational Intelligence Report”, published online by investigative website The Intercept, said the pilots were “likely employees” of AirAsia and Premiair and came to their attention through their Facebook pages.

It said their postings “inferred support to the Islamic State (IS)” group.

“Upon review of the content from both accounts it is assessed that these persons are likely being influenced by radical elements at least from the online environment and as a result, may pose a security threat,” it said.

In a statement to AFP, the federal police would not comment on whether the document, entitled “Identification of Indonesian pilots with possible extremist persuasions” and dated March 18 this year, was genuine.

“The Australian Federal Police does not comment on matters of intelligence,” it said.

“The Australian Federal Police maintains strong relationships with its domestic and foreign law enforcement partners to ensure the ongoing safety of Australians both within Australia and abroad.”

The AirAsia pilot graduated from its academy in 2010, the document said, and flew international routes including to Hong Kong and Singapore.

It said a change in his Facebook posting style became evident in September last year “wherein he started posting material indicative of support to IS”.

Around this time, he began interacting online with a second pilot, said to be a former Indonesian navy pilot who now works for Premiair, who “liked” his postings on IS.

This pilot had flown to Australia, Europe, the Middle East and the United States, the intelligence report claimed, with recent reposts on Facebook including “extremist related articles”.

“Both appear to be influenced by pro-IS elements including extremist online propaganda by well-known radical Indonesia outlets and a suspected Indonesian terrorist fighter who is likely to be in either Syria or Iraq,” the police report concluded.

The Intercept said it was distributed to law enforcement agencies in Turkey, Jordan, Britain, Europe and the United States.

AFP was seeking comment from Malaysia-based AirAsia and Premiair, a leading aviation services and aircraft management operator headquartered in Jakarta.