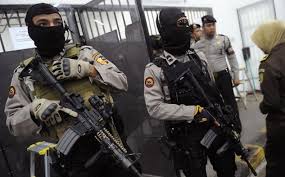 Indonesia’s military has launched an anti-terrorism operation on the eastern island of Sulawesi to crack down on militants with suspected links to Islamic State in Iraq and Syria (ISIS), the armed forces chief said on Monday.

General Moeldoko said the military was helping police to track down radicals, highlighting government concern over Indonesians pledging loyalty to ISIS and returning to the world’s most populous Muslim country after training alongside the group in Syria or Iraq.

“The military will not give any space for IS to develop or live in Indonesia,” Moeldoko told Reuters at military headquarters on the outskirts of the capital Jakarta, using an alternative name of ISIS.

The operation was launched on March 31 and has since finished. It was Indonesia’s first major military counter-terrorism operation, which included special forces personnel and intelligence agents, since the aftermath of the 2009 Jakarta hotel bombings.