You are here: Home / West Asia / Indonesia found out ISIS militants were citizens only after their deaths 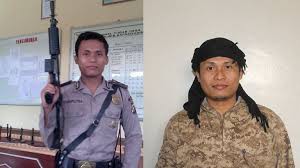 Indonesia has been one of main suppliers of recruits for the Islamic State of Iraq and Syria (ISIS) militant group. According to the National Counter-terrorism Agency (BNPT), an estimated 500 Indonesians have joined ISIS in Syria.

“But among of those, there are only 200 people recorded by the police office,” said Secretary of National Counterterrorism Agency Abdul Rahman Kadir.

Kadir said it is hard to detect Indonesians going to Syria as they do not travel there directly. Most of them say they would go to countries near Syria for a holiday, or to Saudi Arabia to perform the umrah pilgrimage. “We are certainly sure that the ISIS fighters are Indonesian after they died. They usually mention it on the press release,” Kadir said.

Shocking news hit the Indonesian police force after it was revealed that one of its personnel in Jambi Sumatra joined ISIS undetected. Brigadier Syahputra was killed in an airstrike by the US military at Tal Tamer area in June, according to ISIS propaganda media written in Malay. Syahputra changed his name to Abu Azzayn al Indunisiy after joining ISIS.

According to police records, Syahputra asked for permission to make a passport on Feb 17. On Mar 19, he was absent from work. His wife, Helby Sagita, was told by her husband that he went to Turkey, but he could not be contacted ever since.

Syahputra’s picture before and after joining ISIS went viral in many Indonesian Internet forums, including the biggest Internet discussion forum in the country, Kaskus.

In October, Indonesia’s chief police office, Badrodin Haiti confirmed that the son of Bali bomber suspect Imam Samudra, Umar Jundul Haq, died in Syria. “It is correct that he is Imam Samudra’s son, according to information that gathered from Syria,” Haiti said on Monday.

Umar died age 19, two years after joining ISIS, according to terrorism and intelligence expert from University of Indonesia Wawan Purwanto.

ISIS has been aggressively recruiting fighters from Indonesia using advertisements promising luxurious gimmicks such as wives and high salaries. Many of them previously joined terrorist groups in Indonesia.