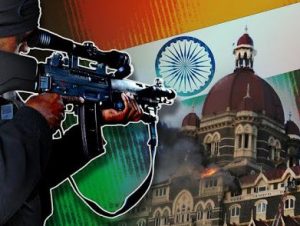 With the disturbing news of radical Islamic militancy groups expanding network and capabilities in West Bengal and adjacent provinces, one can say – India is at risk! And unfortunately, West Bengal’s ruling Trinamool Congress and its godmother Mamata Banerjee – instead of taking needful steps in fighting these evil forces – has been appeasing the jihadists while many of her party comrades have been even seeing these notorious groups as a “power force” against the central government of Bharatiya Janata Party (BNP) and Indian Prime Minister Narendra Modi, like reported by weeklyblitz.net.

“If we manage to establish a Syria-like reign here then Muslims from Assam, Arakan (former name of Burma’s Rakhine State) and West Bengal too would be able to come here for hijrat (migration with religious agenda).

Simultaneously, anti-India revolts would intensify in seven eastern Indian states,” says the pamphlet. “This would be a huge blow for India, one of the key non-Muslim states in the changed situation of the world”.

The discovery of the jihadi literature came after al Qaeda announced its plans in September 2014 to open a branch in the Indian subcontinent. Indian intelligence officials claimed – since Al Qaeda urged people to restore the Islamic rule of pre-colonial India, it would pose security challenges amid growing communal polarization in West Bengal.

The pamphlet, suspected to have been smuggled into the state through Bangladesh, was discovered a few days before the October 2 Burdwan blast in which two operatives of the militant outfit, Jamaat-ul-Mujahideen Bangladesh (JMB), were killed while making bombs in a house.

But the Indian intelligence agencies did not go through forensic test of the pamphlet itself to get some vital clue. According to my own sources – those pamphlets were printed at any of the printing presses in West Bengal.

Al Qaeda launchpads in India
In February 2021, National Investigation Agency (NIA) of India filed a charge-sheet against 11 jihadists belonging to Al Qaeda in the Indian Subcontinent (AQIS) for plotting terrorist attacks in India at the instruction of their Pakistan-based handlers.

The case was registered by the NIA based on information about an al-Qaeda-inspired module sprouting and operating in West Bengal and Kerala under the leadership of Hasan, the spokesperson of the premier investigation agency told reporters.

The members of this module were in advanced stage of conspiracy to execute terrorist attacks in different parts of India.

In raids conducted on September 19, 2020 in West Bengal and Kerala, nine terrorists were arrested. Subsequently, two more terror operatives were arrested from West Bengal on August 26 and November 1 last year.

Hasan was in touch with al-Qaeda handlers based in Pakistan and had received instructions along with radical propaganda material through encrypted social media platform – Telegram.

NIA said, Hasan along with his other associates conspired to radicalize and recruit more individuals into al-Qaeda.

They disseminated radical material through social media and encrypted chat platforms with an intention to radicalize and recruit others for establishing a sharia state by waging a violent jihad in India.

They planned to attack individuals whom they consider ‘Kafirs’ [infidels] and conducted a series of conspiratorial meetings for raising funds for the purchase of arms and ammunition and explosive materials, radicalizing and recruiting more members and charting out the future course of action, including establishing a Markaz (a training center for providing religious and weapons training to new recruits).

The accused were also in active communication with an arms dealer through their foreign-based handlers and were planning to receive a consignment of sophisticated arms and ammunition in New Delhi, the NIA official said.

West Bengal, an epicenter of jihadist groups
In January 2021, West Bengal Governor Jagdeep Dhankhar expressed concern over the security environment and said it is under threat adding that terrorist organization Al Qaeda is spreading and growing in the state.

He said: Security environment (in West Bengal) is under threat. Al Qaeda has spread its network. Illegal bomb-making are rampant. I would like to know what are they (Mamata Banerjee’s administration) doing? The position of DGP in West Bengal is an open secret. That is why I say we have political Police.

Mamata Banerjee’s party comrade defends Al Qaeda
On October 1, 2020, in a stunning statement, West Bengal’s minister of state Siddiqullah Chowdhury, who is known as one of the most trusted political aides of Mamata Banerjee demanded release of the Al Qaeda jihadists and termed them as “innocent”. He also blamed the NIA and Narendra Modi government of “defaming the Muslim community” in the name of terrorism.

Siddiqullah is the president of Jamiat Ulema-e-Hind, a group accused of having links with radical Islamic organizations.