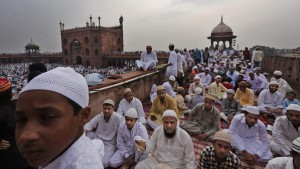 Religious leaders from hundreds of Islamic mosques, education institutions and civic groups across India have signed the edict, or fatwa, saying the actions of the ISIS went against the basic tenets of Islam.

The edict was issued by a leading Mumbai-based cleric, Mohammed Manzar Hasan Ashrafi Misbahi, and has been signed by the leaders of all the main mosques in India.

“The acts of ISIS are inhuman and un-Islamic,” said Abdul Rehman Anjaria, a Muslim leader.

India’s 172 million Muslims mostly follow a moderate version of the religion and have opposed the extreme practices of IS and al-Qaeda.