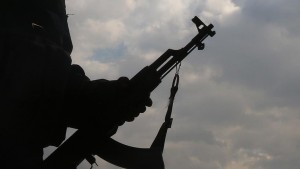 Counter-terrorism officers in India have discovered a “kill list” of information technology experts who have helped track down Daesh terrorists, a security official said according to aa.com.tr.

The list of 250 software professionals from across the country was found on a laptop belonging to an alleged Daesh recruiter, a National Investigation Agency (NIA) official told Anadolu Agency on condition of anonymity due to restrictions on speaking to the media.

Nasir Bin Yafi Chaus, 32, was arrested in Parbhani, Maharastra state, last year. He is said to have been in touch with a Daesh contact in Syria.

The list contains details such as the names and home addresses of software professionals, some of who have helped security forces track Daesh suspects.

The NIA is considering the possibility that the list was made as a “red herring” distraction for investigators.

There have been no Daesh attacks on Indian soil but security forces have rounded up a number of people suspected of having been radicalized by the group in recent months.