You are here: Home / West Asia / India won’t declare war, but if Pakistan wants it, we are ready 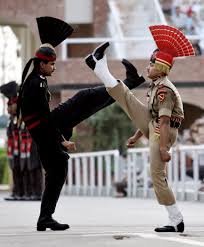 Bharatiya Janata Party (BJP) leader Subramanian Swamy on Monday said that India would never want to declare a war against Pakistan, but if the latter desired it, the former is ready for it. Swamy was responding to the latest ceasefire violation by Pakistan in Jammu and Kashmir’s Poonch District.

“Pakistan has no power. It is frustrated and weak. Their civilian government is useless. It’s a dummy government. If the military wants a war, we are ready, but we are not going to declare a war,” Swamy told ANI. “We have always been a country which has never gone to war with anybody, unless the war is forced on us,” he added.

Pakistan troops indulged in unprovoked firing on Poonch late last night, using 82 mm mortars and rocket-propelled grenades (RPG). The Border Security Force (BSF) said that its personnel has responded to this firing from across the border appropriately.