You are here: Home / West Asia / India to buy attack drones from Israel for $400 Million 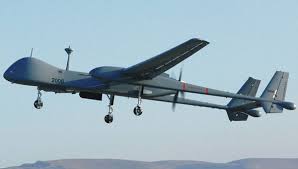 India will buy 10 armed drones from Israel at a cost of $400 million, the Economic Times reported Friday, citing sources within India’s ministry of defense. Officials from Israel Aerospace Industries were currently in India and exploring joint production of drones, the report added.

The Heron TP drones will be operated by India’s air force, and their procurement was being fast-tracked by India’s federal government. The deal was approved by India last week and the drones might be commissioned within a year, the paper reported.

India, which already uses an unarmed version of the drone for surveillance and intelligence gathering, sees the armed drones giving it an edge in combating cross-border scenarios, the paper reported. They can carry payloads of over 1,000 kilograms (about 2,200 pounds) and will be fitted with air-to-ground missiles.

The drones are particularly useful in attacking targets in scenarios that pose a risk to the lives of soldiers, the newspaper reported, citing the officials.

India is investing in a program to build its own unmanned aerial vehicles, all commonly called drones, but is some years away from actually commissioning one for use in combat, the paper reported.

The program, started in 2006, is being developed by the country’s umbrella organization for defense technology, the Defense Research and Development Organization, and the contract to build the first version, Rustom 1, was awarded to state-owned Hindustan Aeronautics Limited and Bharat Electronics Ltd., Mint newspaper reported in 2010.

In January this year, India invited private companies to take on the serial production of Rustom 2, the second, more advanced version, Defense World reported. The Indian government has also offered to bear 80 percent of the development costs, according to the report.