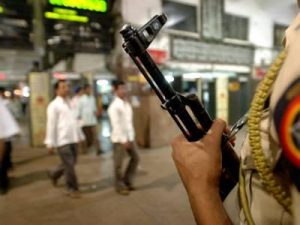 The data, analysed by US state department for the study of terrorism and responses to terrorism, reveals India is third after Iraq and Afghanistan in terms of terror attacks, The Times of India reports on July 23. Out of 11,072 terror attacks in 2016 worldwide, India bore the brunt of 927, 16 per cent more than 2015 (798). The number of deaths in India also rose 17 per cent from 289 in 2015 to 337 last year while the number of injured increased from 500 in 2015 to 636 last year, like reported by satp.org.

US analysis has labeled Naxals the third most deadly terror organisation in the world after IS and Taliban, even ahead of Boko Haram. The CPI (Maoist) was behind 336 terror attacks last year in which 174 people were killed and 141 were injured. More than half of the terror attacks in India in 2016 took place in four states – Jammu & Kashmir (J&K), Chhattisgarh, Manipur and Jharkhand. The geographical areas show that left-wing extremism led by Maoists also contributed to terror incidents in parts of east India. Jammu & Kashmir saw a surge of 93 per cent in terror attacks last year, the data says. The Indian home ministry’s annual report 2016-17, however, reports a 54.81 per cent increase in terror incidents in the state.

The US report said that “nearly two third of terror attacks in India were carried by Naxals” US says that compared to other countries that experienced most terror attacks in 2016, the diversity of perpetrator groups was much greater in India, with 52 active groups. There were 45 terror groups listed by US in its 2015 report. The US has identified 334 groups and organisations behind terror attacks in 2016 worldwide, while there were 288 such groups active in 2015.

It says that number of total attacks worldwide in 2016 reduced by 9 per cent (11,072) against 12,121 in 2015 and total deaths worldwide also reduced by 13 per cent in 2016 (25,621) as compared to 2015 (29,424). “This was largely due to fewer attacks and deaths in Afghanistan, Syria, Nigeria, Pakistan and Yemen,” it said. Around 55 per cent of all attacks took place in Iraq, Afghanistan, India, Pakistan and the Philippines out of 104 affected countries, while 75 per cent of all deaths due to terror attacks occurred in Iraq, Afghanistan, Syria, Nigeria and Pakistan.