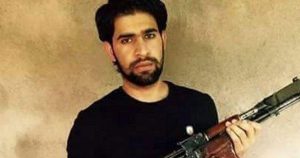 The Punjab Police are on alert after receiving information that Zakir Moosa, the commander of a militant group affiliated to al-Qaeda, may be hiding in the state, like reported by scroll.in. The police have put up posters of Moosa across the state.

“We had inputs about his [Moosa] movements near Amritsar,” Gurdaspur Senior Superintendent of Police Swarandeep Singh told ANI. “So we have released wanted posters of him to make public aware and have requested public to tell us if they have any information.”

Moosa was part of the Hizbul Mujahideen until May 2017, when he left to start the al Qaeda-affiliated Ansar Ghazwat ul Hind.

The police have received inputs that some Jaish-e-Mohammed militants have entered India through Ferozpur in Punjab. “So have taken precautionary measures,” Singh said. “Extra forces have been deployed. Checking is underway.”