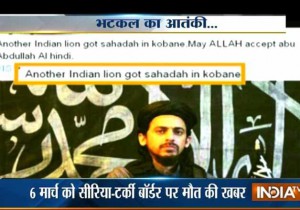 Some elements, who support the dreaded terrorist group ISIS, have posted messages in Indian regional languages, including Hindi and Tamil, Rajya Sabha was informed today.

“As per available intelligence inputs, pro-ISIS elements have posted messages in the social media in Hindi, Urdu, Tamil, Gujarati and English,” Minister of State for Home Haribhai Parathibhai Chaudhary said in a written reply.

He said the government is closely monitoring the situation and has directed the intelligence and security agencies to identify potential recruits and keep them under surveillance.
“The cyber space is also being monitored,” he said.

Chaudhary said ISIS is one of the 39 organisations which were declared unlawful under the Unlawful Activities (Prevention) Act.