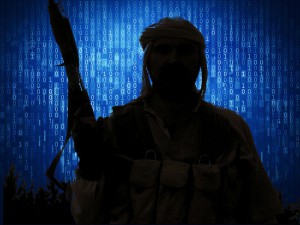 The media recently reported about showing of ISIS flag in Jammu and Kashmir and some other regions along with some youth returning from Syria and Iraq.

Growing curiosity about the ISIS among the Indian Muslim youth aged 16 to 30 years has been confirmed by a survey of an intelligence agency, which watched patterns in the social media and brought under its focus platforms like Facebook, Twitter, YouTube and Google. The findings revealed that largest portion of the Internet traffic related with ISIS was not emanating from IT-savvy cities like Bengaluru or Hyderabad but smaller towns like Chinchwad and Howrah. Srinagar and Guwahati top the list while Mumbai is fifth and Unnao near Kanpur sixth.

A report was placed before a meeting of home secretaries and DGPs of 12 states, which was convened by the Union home ministry at the beginning of the last month. It took note of the finding that Jammu and Kashmir had the highest degree of activity related to the ISIS in the social media. Assam, Uttar Pradesh, Maharashtra and West Bengal are other states where youth of both genders, from different social and educational backgrounds, were taking interest in the terrorist outfit’s activities.

While the findings point out to a problem, presence in the social media is a deliberate and diligently implemented strategy of the ISIS. Like other extremist outfits such as al-Qaeda, Hamas, Hezbollah, Tamil Tigers, Irish Republican Army and Babar Khalsa, the ISIS used social media to reach out to its supporters for expanding their constituency.

ISIS’s social media outreach is comparatively more in developing regions like West Asia, Africa, South and South-east Asia, where the Internet is expanding fast. Aspiring youth is ambitious but is unemployed or under-employed.

The findings also revealed that Pakistan has the largest number of ISIS subscribers, with majority of its urban centres competing with each other. In West Asia, Syria, Iraq and states in the Gulf region, ISIS-related activities on the social media are the highest. Similarly in Africa, North-eastern region tops the list while in others curiosity is gradually rising.

Terrorist outfits were quick to recognise the power of social media. A product in the virtual world has wide reach and is accessible round the clock across the globe, it was felt.

Google Ideas had commissioned a study in 2012. It documented thousands of accounts related to white nationalist and anarchist movements on Twitter. Participation in those networks has gone up since.

In an email interview to terrorism expert J M Berger, a prominent member of al-Qaeda in Iraq, Abu Suleiman al Nasser, said in 2011: “I see cyber jihad as very, very important. We try through media and websites to get more Muslims joining us, whether by the real jihad on the ground or by media and writing, or by spreading the idea of jihad and self-defence, and so on.” Al Nasser is the current head of the war council of ISIS and its military chief.

ISIS propaganda on the social media has been the source of inspiration and attraction for youth in Europe, America, Asia and Africa, and that is why findings of the survey need to be taken seriously.

The government has decided to train more personnel to track the cyber world and closely monitor money laundering. The Centre is also asking states for inter-coordination and exchange of information along with vital intelligence inputs.

It was felt at the meeting of the home secretaries and DGPs that elders in the community should be roped in the exercise for counselling youngsters to wean them away from radical ideologies and groups. The home ministry has also underscored the need for a tight vigil on immigration, passport and visa centres. Even Indian missions abroad are being roped in to keep a watch on youth.

Would these steps be implemented earnestly and produce results is difficult to say, but there is certainly a need for a creative and innovative strategy to meet the challenge.