You are here: Home / West Asia / India and the threat of Islamist terrorism

So far, ISIS has not turned its attention heavily toward the religiously diverse target. 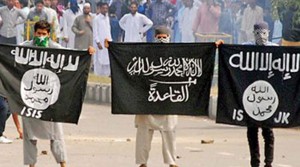 Hardly a day passes without a new “Islamist” terror attack somewhere in the world.

The violence has long since metastasized from its original Near Eastern flash points to Western urban centers. The terrorists’ targets lie in Europe, Africa and also Asia, as the recent attack in Indonesia shows.

India, too, has experienced a rising fear of terrorism, although the perception of an imminent threat seems far weaker here than in Europe’s alarmed capitals.

Luckily, India seems to be in the midst of a hiatus from attacks by Islamist terrorists. The country is a blank spot, it appears, from the perspective of the groups in Syria and its neighbors.

For historical reasons, in fact, Indians associate terrorism primarily not with the Arab turmoil but with neighboring Pakistan. On numerous occasions their nation has been targeted by terrorists on instruction of operators in that country.

This terrorism directed from across the borders reached a climax in November 2008 when heavily armed fighters attacked Mumbai, India’s economic metropolis, took numerous hostages and engaged in deadly battles with the security forces for three days. In the end, 170 lay dead. Ever since, “26/11” has been India’s equivalent of America’s “9/11”.

India was treated to a remake of neighborly terrorism in early January of this year. Heavily armed fighters sneaked over the borders from Pakistan and attacked an Indian airbase.

The fighting at Pathankot lasted three days. In the end, the Indian defenders killed all six intruders while losing seven of their own men.

Pakistan’s predominance in India’s security thinking does not mean the Delhi government takes the Islamist threats from the Middle East lightly.

The authorities did reassure the public that ISIS had not established any significant presence in India. But they also said, for the first time, that the group had managed to radicalize sections of the local population. This opens up the possibility of ISIS-sponsored terrorist action on Indian territory.

Numerically India seems a suitable target for Islamist propaganda. The country’s Muslim minority numbers 180 million. One out of every ten Muslims worldwide holds Indian citizenship. Indonesia is the only country with a bigger Muslim population.

Moreover, many of India’s Muslims do feel politically and socially marginalized. Worries that they could end up in the crosshairs of recruitment efforts of Islamist terrorist outfits are therefore not made up out of thin air.

The media in India give much space to the terrorism story, newspapers carry myriad reports covering various counter-terrorism efforts.

These reveal that the authorities have a very clear picture of the status of ISIS-related activities in the country.

According to publically available data 23 young Indian nationals have joined the call for Jihad to fight alongside “Islamic State” in the Middle East; on numerous occasions, the newspapers have reported that, out of these 23 men, six have lost their lives in battle.

The methods applied by the Islamist militia to lure young men into their fold are also well documented. Social media play a pivotal role.

Using Facebook, Twitter or WhatsUp the recruiters make contact and engage their target audience. The surveillance of the Internet, therefore, takes center stage in India’s anti-ISIS-strategy.

Talks on how to strengthen the bilateral cooperation in the sensitive field of combating Islamist terrorists are expected to play an important role in continued high-level talks with Israeli officials.

Why so few recruits so far?

Compared with other countries, however, the number of ISIS recruits from India is negligible.

This may perhaps be attributed to the efficiency of the surveillance and containment efforts of the authorities.

On the other hand, the propaganda efforts of the “Islamic State” seem to fall on deaf ears among the very big majority of Indian Muslims. For most of them, the Arab world is a distant universe with few immediate concerns for them.

Does this mean the Islamist threat is under control in India? If you give credence to the government’s assurances the answer is yes.

However, only the future will show whether the home of the world’s largest Muslim minority will stay unharmed.

It is a confrontation some have magnified, to the benefit of ISIS propagandists and recruiters, to a global clash between the West and Islam. If it becomes framed as a clash between the entire non-Muslim world and Islam, India’s security could deteriorate.