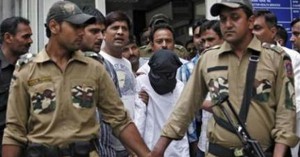 The Indian police arrested four members of the Islamic State (IS) who planned to attack shopping malls and trains in the capital, today revealed The Times of India.

Security sources explained to the newspaper that the group was arrested on Tuesday night in Haridwar city in Uttarakhand state.

Although so far no weapons were captured, the operation prevented a devastating scale attack, stresses the paper.

“The arrests confirmed the presence of IS in India for the first time, transforming what was until now a concern into an actual security threat,” it warns.

The four men, aged 19-23 years, were in touch with IS members in Syria and Iraq through several social networks, it added.

In the first interrogation, they confessed to be in the final phase of the weapon acquisition and preparing explosive devices to attack before the Republic Day celebrations on Tuesday.

Last week the government of Goa state received a letter signed by IS that threatens to kill Prime Minister Narendra Modi and Defense Minister Manohar Parrikar.

According to official figures, at least 25 Indians traveled to Iraq and Syria in recent years to join IS ranks.

On Saturday, the Home Affairs Minister Rajnath Singh met with security agencies and police from 13 states to develop strategies against IS.

During the meeting, the IS media campaigns in social networks to attract supporters, especially young people, were discussed.

In his speech, Singh said that the influence of this group among the 150 million Indian Muslims is limited and almost insignificant compared to other countries, but he stressed the need for increasing vigilance.