You are here: Home / Europe / Incredible: the International Criminal Court said “No probe of ISIS crimes” 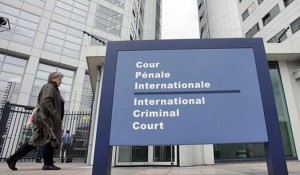 The International Criminal Court said that it would not yet open a probe into alleged crimes committed by the Islamic State group in Iraq and Syria, including genocide, as it lacks jurisdiction.

Iraq and Syria have not signed the ICC’s founding Rome Statute that would give the court jurisdiction, but the ICC could prosecute some of the thousands of foreign ISIS fighters who are nationals of countries that have signed up.

As a result, her office has been assessing the prospect of exercising “personal jurisdiction” over foreign ISIS fighters, including from Tunisia, Jordan, Britain, France, Germany, Belgium, the Netherlands and Australia, she said.

However, the ISIS group is “primarily led by nationals of Iraq and Syria… thus, at this stage, the prospects of my office investigating and prosecuting those most responsible… appear limited.”

“I have come to the conclusion that the jurisdictional basis for opening a preliminary examination into this situation is too narrow at this stage,” Bensouda said.

The United Nations Security Council could refer the situation in Iraq and Syria to the ICC, as happened with Libya in 2011, Bensouda said, and countries with nationals who are ISIS militants could also launch their own prosecutions.

The prosecutor said in an interview in November that she was weighing bringing war crimes charges against Islamic State jihadist fighters, saying she had received files from several countries.

Islamic State militants have carried out a wave of abuses in areas they control in Iraq and Syria, including public beheadings, mass executions, enslavement and rape.

The ICC is the world’s only independent permanent tribunal to try cases of genocide, war crimes and crimes against humanity. It was established in 2002 and opened its doors a year later.